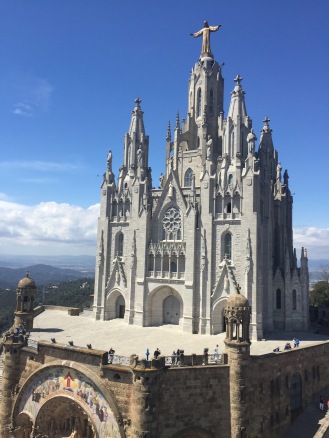 In the digital age of swiping to find your true love, computerized pre-screenings of resumes and automated direct translation applications, it is easy to feel as if you blend into the binary. So, what sets us apart? What can help amplify your resume to be one of three that an employer reviews following a computer scan? What makes that cutie on your app swipe in your direction? Language. At times, online dating applications and digital job boards can make us feel like an on-screen profile, rather than real human beings. This digital profile can become so important that we hyper-edit the information we relay so as to tailor ourselves to fit the cookie-cutter mold that others want. Multilingualism is a trait that naturally attracts others to us. According to a poll conducted by Babbel, both Americans (71%) and Brits (61%) alike said with absolute certainty that someone who speaks a second language is instantly more attractive. This attraction comes in many forms and us multilingual folk can use it to our advantage.

Being multilingual can be a huge asset in your professional life. As someone who has been through the grind of job hunting, I am all too familiar with the debauchery of trying to find a company that is as interested in you as much as you are them.  One of the aspects of my resume that I chose to highlight in my job search was my passion and skill for foreign languages, as I speak French, Spanish, Arabic and Hebrew. Knowing these languages made me a unique candidate because it allowed me to form personal connections with employers, as well as exhibit my capacity to interact with people from different cultural backgrounds. Some interviewers talked about their proficiency with the language while others touched on how a multilingual person would thrive in their company by using their skills on a daily basis to accomplish the goal. It also helped create connections with potential employers who said that my language skills set me apart from other students.

Cause let’s face it, being multilingual is SEXY.  Heading out to your favorite French Bistro and eloquently pronouncing Boeuf Bourguignon with a bottle of Côtes du Rhone  is a quality that is rare to find in a person, and when your do, latch on. Having a multilingual partner can also make things more interesting in your every-day lives. As someone who met their boyfriend in a French class, we constantly try to incorporate our language skills into our daily lives! You can challenge each other by bringing some foreign language to your favorite board games or snuggle up to watch a foreign film released at the Festival de Cannes. The world is your oyster when language is a tool at your disposal!

Navigating Hostel Life (Getting to know people from everywhere)

Another HUGE perk to opening up your communicative capacity is the respect gained from others in the world. Without getting too political, if you have travelled outside of the United States as an American, you have probably at some point or other faced fellow travelers who assume the nationality you bear is some testament to your capacity (or lack there of) to understand other cultures. This prejudice is hard to defy sometimes, but one of the ways to knock this stereotype on it’s tush is to prove your cultural understanding through learning other languages. Speaking a foreign language has allowed me to get closer to the people I’ve met in hostel common rooms and other travel situations while exploring the world.